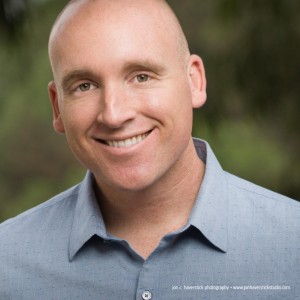 AVPreserve began life in 2006 as a company that digitized documents and information for groups with extensive analog archives. In the decade-plus since, however, they’ve expanded their scope and rebranded as information management specialists.

AVP is based in New York and has consultants worldwide, and their client list includes notable organizations like the Smithsonian Institution, the Library of Congress, and the New York Public Library.

AVPreserve’s specialty is maximizing and modernizing data, but their own website fell short of that same mission. Their imagery failed to capture the wider scope of their work; the site’s navigation was not easy to maneuver through; and their extensive online archive of webinars and presentations was not organized in a useable way.

AVP found us through Vistage, the business leadership organization that both their and our higher-ups are members of. Based on some initial synergy, we took on AVPreserve’s website design via cross-country teleconference. Our mission was to help the organizers get organized and update their online presence to match the pedigree of their agency.

Before we began sorting through AVP’s extensive resources, we had to define the audience that the company was trying to reach with their website. Unlike their early days, AVP wasn’t just accepting digitization projects. They were widening their range of services to include consulting, software development, and other custom project across myriad industries.

After several conversations to better understand their business, we were able to narrow AVP’s main offerings into three categories — Consulting, Software Development, and Products. By highlighting calls-to-action for these three pathways on the homepage and in the main navigation, we were able to present AVP’s breadth of abilities in an easy-to-understand way.

On the three main offerings pages and the Resources page, we also used on-page navigation menus to segment the information and make it easier for users to find what they need. These menus were pinned to the top of each page and, like the rest of the site, designed for mobile as well as desktop screens.

AVPreserve wanted a modern website that reflected the range of their capabilities and the premier clients that they served. To that end, our designer crafted a modular, minimalist site punctuated by colorful images and orange accents borrowed from AVP’s logo.

The site’s secondary navigation was crucial to keeping the menu structure uncluttered. Finding additional real estate for the team page, the blog, AVP’s social media channels, and other ancillary pages made it possible to avoid dropdowns in the main menu — a best practice for mobile-responsive sites.

AVPreserve’s site launched successfully and continues to serve as the flagship for the company’s online presence.

Their full range of services are represented on the site in a user-friendly way, and an added search function makes it even easier to look through AVP’s own extensive archive.